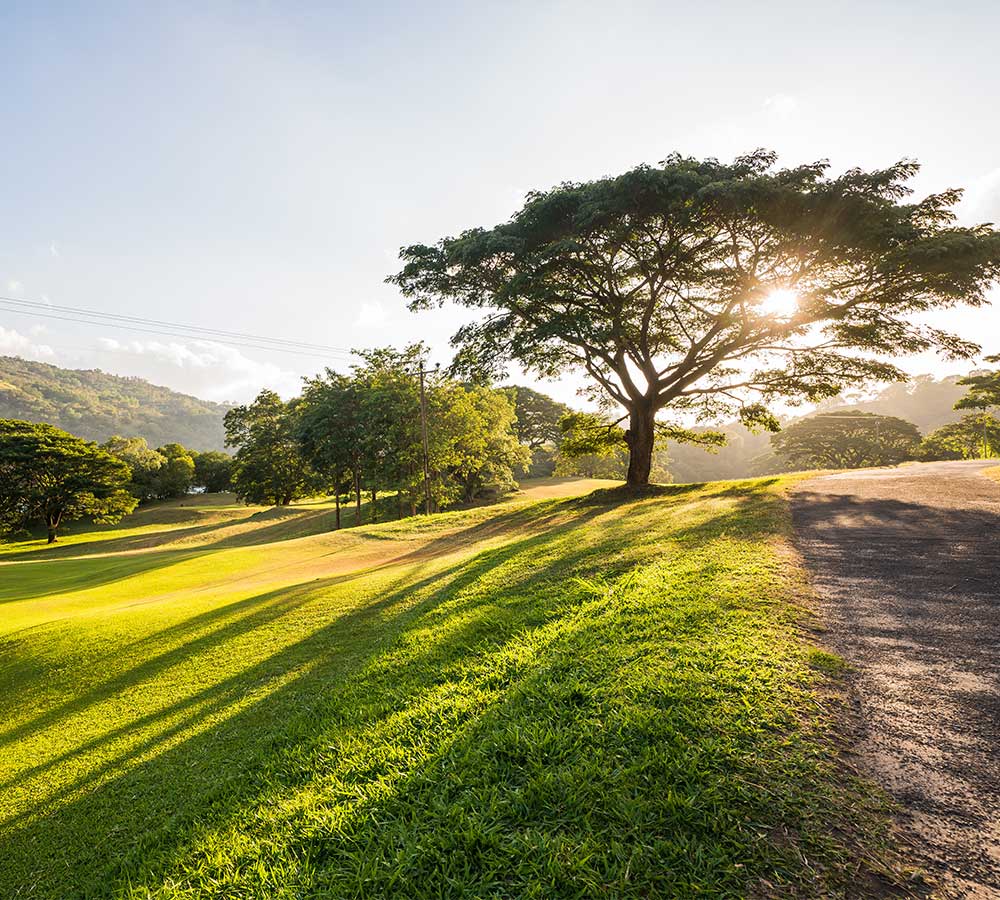 The stunningly landscaped fairways lined with trees and flowering shrubs, the light rough and the hazards, cosy clubhouses and everything you see today at the course has been deliberately put there and was brought into existence from the vivid mind of Golf Architect Donald Steel. The great architect with the help of his colleague Martin Ebert designed the golf course in the year of 1992. Little did they know at that time, that it would become one of the most beautiful Golf courses in the world.

In the year of 1996, the government granted permission for the construction of a golf course in the site of the scenic Mahaberiatenne Farm. It was composed of a whopping 517 acres of land bordered by magnificent mountains and lush vegetation. The project commenced in 1997; after 2 years of meticulous engineering and vigorous construction, in 1999, Voila! One of the country’s premier golf courses was opened for its visitors from all over the globe.

As an event of celebration and in commemoration of all the efforts put towards opening the magnificent course, a golf championship was announced, and it was named after the creator of the course himself – The Donald Steel Trophy.

The tournament was a handicap Stableford event and over 100 golfers took part in it. The grand event announced the success and the magnanimity of the property to the world. Since then the Victoria Golf & Country Resort is steadfastly gaining popularity among avid golfers and holidaymakers alike and has become one of the most sought-after hotels near Victoria Dam Sri Lanka.